Saved from jumping on the Vejle Fiord Bridge

You are here: Home1 / Testimonies2 / Saved from jumping on the Vejle Fiord Bridge

Heading for death – from the Vejle Fiord Bridge.

This is pretty amazing. And I want to share it in order to give God the glory for the way He works, how great He is, and how He blesses obedience – even when it seems crazy.

Thursday, I posted this pretty strange post on Facebook Vejle. A wanted notice…! And boy, did it ever get lots of “scornful” comments – people had a really hard time grasping it. Therefore, it ended up that the admin for the group deleted the post.

I realize that this is a totally weird post…! And feel free not to comment, but inbox me if this message is for you…!
I/we are Christians – and occasionally we experience God giving us “visions” into people’s lives. Last night, just before bedtime, my daughter had a vision of a man who was ready to jump off the Vejle Fiord Bridge. She and a good friend of hers began to pray over the vision, and then was pulled into it even more….
We had the sense that you are calling on God in desperation, and that you were ready to jump at 1:27 am last night. You considered going out to Bybækvej to gain access to the bridge. I want you to know that we drove around looking for you for more than an hour – we prayed for you… and in the middle of it all, we got the sense that you changed your mind – then you wanted to do it again, and finally you changed your mind again…! We got three names: Søren, David and/or Daniel… Among other things, it was about some frustration over the fact that you had lost the right to see your child.…
Was it you?? If so, inbox me…. If it wasn’t you, please don’t comment, because I realize that this seems crazy and totally insane if you don’t believe in God (you can read more about me/us at www.LytTilJesus.dk).

Let me provide a little “background” by saying that the “vision” happened when my daughter, Michelle, went to bed that night, thanked God for her day, and completely surrendered to Jesus. She prayed something along the lines of “Jesus, if You say ‘go’, then I’ll go! If You say ‘come’, then I’ll come! Place me where I can serve You and use me – I am willing!” At that very moment, God shows her an image of a man standing on the Vejle Fiord Bridge, who, in his desperation, is ready jump off. Then, Michelle gets the sense that it is about losing the right to be allowed to see his child. I had gone to bed, so Michelle called Sara, whom she was quite close to at the time… but just before calling, she found a 20-sided die, which she prayed over and cast. Then Michelle called Sara, and they talked about it and prayed about it all. Just before Michelle hangs up, she asks Sara to pick a number between 10 and 20. Sara says “17”… the die landed on 17! So, Michelle woke me up, and we decided to drive out to find the man on the bridge, with Sara hanging on in the other end of the phone…! Long story short, we didn’t find him, but God showed us a whole lot of clues. For this reason, I posted the above to FB the next day… and the amazing thing is that the man actually called that night, and yesterday (27 April 2018), he came to see us on Michelle’s birthday… What a great gift!

It is CRAZY amazing – because there are a whole lot of things in the “vision” that are not mentioned  here, but which fit 100%! The name was correct as well – and in fact, the whole thing was due to frustration because he could no longer see his daughter – and not only that, but the man actually had the number 17 tattooed on his neck!

When you are obedient, God will bless that… Thank you to Michelle and Sara for your obedience…!!!

THANK YOU, JESUS, BECAUSE YOU NEVER FAIL US. THANK YOU BECAUSE YOU ARE THE GOD OF MIRACLES – YOU WATCH OVER EACH ONE OF US…!! 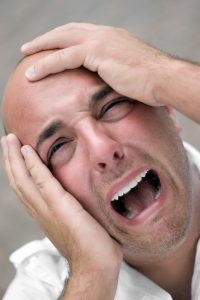 Du you put Jesus First in Your Life?

Muslim delivered and healed via Skype
Scroll to top