You are here: Home1 / Mixed information2 / The Audio Bible – a Project Satan Hates

– he will do anything he can to stop it

It’s a ‘funny’ thing…. I am in the middle of narrating the New Testament in everyday Danish in collaboration with Biblica (they own the rights) and RecordedWord, so everyone can enjoy it – and it will be FREE to listen….

But the funny thing is that Satan really isn’t liking this one bit. I obviously have a professional recording studio where everything is done, so it’s all under control…. But still…

First, I needed to the adjust the height of the support for my keyboard inside the actual sound booth… Crack. Broken for no reason whatsoever… Had to get a new one… Which delayed us for a few days

…then the amplifier for my headphones died. Had to buy a new one…. Which again delayed the project

…then I had days when I just couldn’t read when I started on the Bible. Everything else worked fine, but I made SO many mistakes in the Bible that I had to put myself on ‘pause’

…then the screen in my studio gave up the ghost. Totally dead. New screen and more delays…

…then I lost practically the entire narration of the Gospel of Matthew. The files were damaged…and both on the backup copies and in Dropbox. That shouldn’t be possible – and I have never seen it happen before this

….and today, the heart of my studio died: My little Mac…. First, all its elements dropped off one by one, and finally it died altogether…. Overheated and sunk. Well, a new one has been ordered, so I can continue the project Monday.

Some would probably call it coincidences, but I call it attacks. That being said… isn’t Satan just incredibly stupid. He will never be able to stop this important task – and no matter the cost, I will be done soon. The gospel MUST reach everyone – even those who don’t like to read, as well as those who can’t afford to purchase a Bible.

I expect to be done with the many hours of narration in a couple of months, so with a little luck and God’s blessing, it will all be available in the fall. 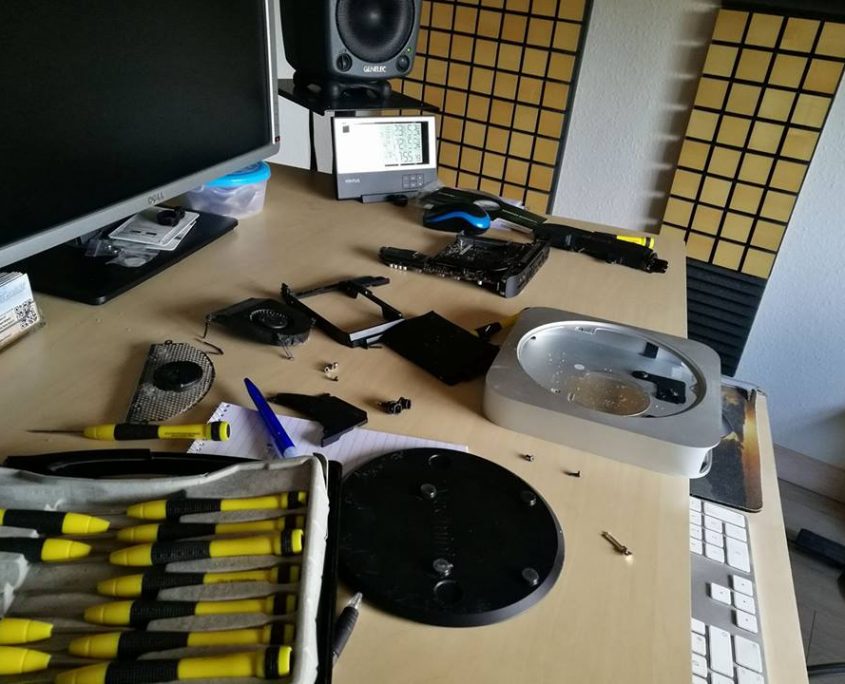 Did you (Almost) Skip Your Faith in Jesus?

Healed in a train
Scroll to top