Can I enter Heaven when I die?

Who is the judge…?

In the very beginning, God created all spiritual creatures – like Angles and so.

…and one of the top angles called Lucifer – or better known as Satan, wanted to have the same position and power as God had.

Of course, God wouldn’t allow that… so Satan was kicked out from God’s Kingdom and became pretty much degraded – so now he was “only” a ruler over the world… actually, the world where we are in right now.

Satan wasn’t allowed into the presence of God anymore. So he got pretty upset with God and he only had one single mission: To rebel against God in any way he could and still can.

So – let’s just place Satan right here on this spot.

“The only place in the world Satan could not rule was in the Garden of Eden.
”

….and exactly right here, God created man. He created Adam and Eve – and he created them with one single purpose: To have fellowship with them and to love them.

But since God is a loving God, he didn’t want them as slaves, but by free will. The love should be mutual. So he created a tree in the garden as a kind of escape plan for them. The tree of Wisdom…

God told Adam and Eve that if they eat of the fruit from the tree, he would have to kick them out and away from his fellowship. Even God told them the consequences, they were tempted by Satan showing up as a snake, they eat the fruit, and God had to execute the sentence.

So now Adam and Eve were sent out in the world – the same place as Satan – and they were now separated from God. NOT because God wanted it like that, but because Adam and Eve made the choice themselves.

It also means that since we are descendants of Adam and Eve – and we are born under the same verdict, we are also separated from God.

God is ONLY a good God, he ONLY accepts people who have never done anything wrong, because he HATES evil. And that’s a huge problem for us today – because Satan knows that – and he affects our thoughts and actions in every kind – whether we like it or not… Just take a few examples:

So you see… we are really not doing well here – because the verdict for doing these things is going straight to hell when we die. It doesn’t matter how good and loving you have been, because a law book is for people who violate the law, no matter how loving and kind they have been.

….so I suppose we’re all under the same verdict.

BUT you see… Despite the fools we are, God loves you SO much … And He still wants to have a mutual relationship with you – just as He created you to have from the beginning. So God made a huge and wild decision: He sent His own Son, Jesus Christ to the World. Jesus should take the penalty we were supposed to have. He didn’t do anything wrong at all, but despite this, He was wiped, spit at, hung up on a cross and made fun of… just to set YOU free!

On that cross Jesus took all the bad things you did – the sin. He even took your sickness… you shame… and you guilt. And not enough with that – he broke the chains of death when he rose from death after three days – and thereby Jesus canceled the sentence we are under because of Adam and Eve.

BUT once again YOU are the one who has to make the final choice here, because IF … and only IF you chose to believe wholeheartedly in Jesus, to turn away from your wrongdoings and to start a mutual relationship with God, Jesus walks down from being the judge, taking YOUR place in the courtroom the day you die.

Jesus NEVER did anything wrong – so the sentence is: “Fee of charge – welcome to Heaven for all eternity”.

But if you DON’T want to follow Jesus here on earth, there is no one to take your place in the courtroom – Jesus will be the one judging you… and since just one small white lie is enough to condemn you, the verdict is clear and the sentence will be: “Guilty as charged – Go to the flames of hell for all eternity”.

So you see…. everything is by free will. No one forces you! The question is just … do you chose to let Jesus love you? To go the whole way and be baptized fully immersed under water to wash away your sins – and to be filled with the Holy Spirit to lead you and guide you in your life?

…or do you want to stay on the path far away from God and still be under the verdict and under the ruler of the earth, Satan? Away from God, who wants to love you?

– will you return that with a friendship that is beyond? What is YOUR choice…?

Watch a more detailed film about who Jesus is… 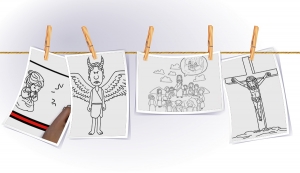 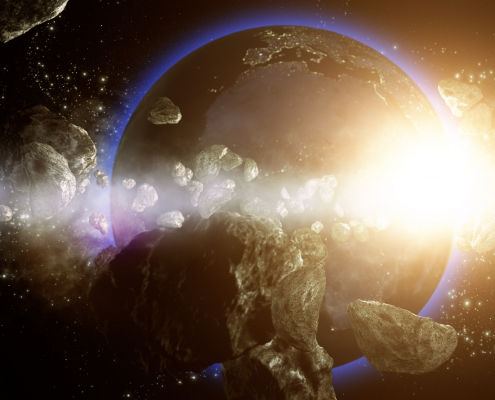