You are here: Home1 / New age2 / Meridians and Chakras

These concepts form the basis for acupuncture, zone therapy, yoga, and mindfulness, among others.

Many people are not aware that zone therapy, acupuncture, yoga, and mindfulness are spiritual… I trust that the following explanation will settle this misunderstanding – although I am aware that I may receive a lot of criticism for my views! The following is NOT written to condemn, but to inform!

The meridian theory was originally expressed by the Chinese on the basis of observations of illnesses and holistic treatment: The body has 14 meridians of which six of them run op and down the legs and across the body. An additional six run along the arms and across the body. And finally two meridians run on the mid line of the body at the front and the back of the torso. The 14 meridians – or energy lanes – are divided into yin and yang. The Indians call the energy centres of the body “chakras”, whereas the Chinese call them “meridians”. They say that the ethereal body normally has seven big chakras. The root chakra is the lowest one and the other ones are located on a line that runs up to the crown chakra, which is at the top of the head.

According to the meridian theory the meridians supply all parts of the body with life energy Qi (Ch’i). From this is derived “Tai Chi”. The dictionary says:
qi, (kin. ‘breath’), Ch’i, principle in traditional Chinese philosophy and medicine. Qi is the life giving force that flow through everything in the universe and is the opposite of li, which is the inherent principle of all things. Traditional Chinese medicine understand qi as being yang, the active and motivating force in a human being, which is complemented by the blood, which is yin and basis of the bodily functions.

So meridians are understood as being spiritual channels, and Qi runs through all living in the universe, circulating in the body through the system of meridians. When Qi and the blood are in balance with each other and flow in harmony through the body, the veins and the inner organs it causes a condition of physical and mental harmony, according to the meridian theory. Any deviation from this condition results in illness, and many factors may be the cause for this.

The theory goes that through influencing the 365 acupuncture points and 14 meridians, the nerve system is stimulated to release chemical reactions into muscles, spinal cord, and brain…. Nevertheless, the meridians are spiritual and they release “the spiritual activity of the universe” into the body. It is believed that any hindrance or blocking of these spiritual flows of energy will lead to an imbalance in the body- an imbalance between Yin and Yang (light and dark energy) – at some point in time.

…and what has all of this to do with yoga and mindfulness???

Yoga is a Buddhist technique used in breathing exercise and meditation. The purpose is to activate the seven chakra points of the body thereby awakening Kundalini energy, which opens the third eye (opening up to a spiritual dimension). Mindfulness is the exact same thing, trying to ‘rein’ the brain. Actually, the object of mindfulness is to find ‘peace in yourself’ and ‘peace with yourself’. In Buddhist terms, mindfulness is a liberating tool that facilitates a person’s journey toward spiritual wisdom and a deep spiritual and mental awakening. Scary, but true…! 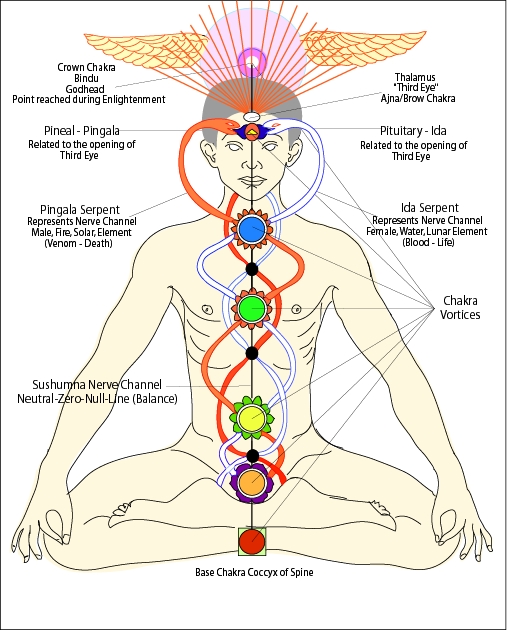 So what – it works…! Well… You may say so, but I’d rather be sick than be healed by the power of the ‘evil one.’ He appears to be an angel of light – and therefore it works at the beginning. Paul writes:

2 Corinthians 11:14-15 “…for Satan himself pretends to be an angel of light. Therefore you should not be surprised that people who serve the devil claim to be serving God. But they will reap as they have sowed.”

Many people who receive in this kind of ‘healing’ experience a temporary improvement in their condition, but after some time they get overwhelmed by fear and anxiety and sometimes attacked by other diseases.

… and now schools, job centers etc. have adopted mindfulness and yoga as compulsory subjects in their curriculum. I kindly decline! Acupuncture is being offered as a painkiller at hospitals, chiropractors, and physiotherapists – so how are people to know that it is not OK unless they are informed that a spiritual reality is behind…?

Let’s use a different angle… why do we Christians not occasionally step out and refuse to live like the world? Instead of “getting off the train” we often stay in one of the wagons. I refer to things like mindfulness. We change the name to Christfulness and suddenly we think it is acceptable. Yes, I KNOW that some people call ordinary prayer and being baptized with the Holy Spirit “Christfulness”, but why don’t we just call it what it is? Why do we HAVE TO follow the leadings of the world and mix it all together?

I’d like to compare it with a non-Christian listening to intense praise and worship music and “just” takes it in as ordinary music. Wouldn’t it open that person’s mind to God in his or her “subconscious mind”. Or if a person constantly listen to “death metal” with the lyrics “I want to die”, what is the effect of that. What is the effect of that – even though the person just likes the rhythm and don’t notice the words… Whatever way you look at it, the two things are inseparable (to the best of MY belief)….

“I am a Chrisitian – and I have been healed through zone therapy. It works!!!”
You are SO right that it works. Believe me, my own mother ran “The Zone Therapy School of South Jutland” for 25 years and she trained people to be zone therapists and acupuncturists with GREAT success. She saw MANY sicknesses disappear… so I do not doubt for a second that there is a lot of power in that (and in other alternative methods such as Kranio Sakral Therapy, Kinesiology, Reiki Healing, Tantra, Yoga, and Mindfulness etc.).. but must we take in everything that works? Must we really (even we Christians) ignore the power of God and accept all other spiritual treatments? When the healing is spiritual and not from Jesus, what would be the source??

Many Christians, who get these alternative treatments, rarely consult God first or get another Christian to pray for them. And if they do, it is typically a prayer like, “Dear God, please remove this sickness” … and He already said that He would like to do that. Jesus tells us to speak to the mountain…

Mark’s Gospel 11:23, “Truly I tell you, if anyone says to this mountain, ‘Go, throw yourself into the sea,’ and does not doubt in their heart but believes that what they say will happen, it will be done for them.”

So don’t ask God to remove “the mountain” for you, but speak to it and command it to move … and sometimes it takes a bit longer than just five minutes. Like when my wife was healed of sclerosis at the Easter of 2014. It took three hours before it left. I’m not saying it is an easy battle, I’m saying we must not give up!

If you have seen just one case of the deliverances that I have seen, where people have opened up to “the alternative world” you’d change your attitude on the spot, I guarantee! I have seen people vomit again and again and seen them squirm like snakes as they were being set free from “the alternative way”. It’s not fun…. the devil is happy to give, but not without taking something.

In closing I want to say this… “Do NOT be fooled”. Many healers claim that they heal in Jesus the Master’s name – or in Christ the Master’s name or in God’s name… If you press them a bit, you’ll find that they do not know the Bible and they do not heal in the name of Jesus Christ (the name of the son of God). Instead they heal with “the divine power” and they believe that all supernatural power is from God. Jesus the Master is NOT the son of God, Jesus Christ of the Bible, but it is a demon with “divine” power. The same applies to the spirit of “Reiki”, “The Source of Light” and “masters and angels” such as Sct. Germain, Mary, the archangel Michael, or Celeste, etc.

And the same applies to clairvoyants (clairvoyance). I will not mention a lot about that, but just quote an incident from the Bible:

“Once when we were going to the place of prayer, we were met by a female slave who had a spirit by which she predicted the future. She followed Paul and the rest of us, shouting, ‘These men are servants of the Most High God, who are telling you the way to be saved.’ She kept this up for many days. Finally Paul became so annoyed that he turned around and said to the spirit, ‘In the name of Jesus Christ I command you to come out of her!’ At that moment the spirit left her.

When her owners realized that their hope of making money was gone, they seized Paul and Silas and dragged them into the marketplace to face the authorities. They brought them before the magistrates and said, ‘These men are Jews, and are throwing our city into an uproar by advocating customs unlawful for us Romans to accept or practice.'”

…and finally these verses where Jesus explains that He ALONE is the way to God.

“Jesus said to his disciples, ‘Do not let your hearts be troubled. You believe in God; believe also in me. My Father’s house has many rooms; if that were not so, would I have told you that I am going there to prepare a place for you? And if I go and prepare a place for you, I will come back and take you to be with me that you also may be where I am. You know the way to the place where I am going.’

Thomas said to him, ‘Lord, we don’t know where you are going, so how can we know the way?’

Jesus answered, ‘I am the way and the truth and the life. No one comes to the Father except through me. If you really know me, you will know my Father as well. From now on, you do know him and have seen him.’

Philip said, ‘Lord, show us the Father and that will be enough for us.’

Jesus answered: ‘Don’t you know me, Philip, even after I have been among you such a long time? Anyone who has seen me has seen the Father. How can you say, ‘Show us the Father’? Don’t you believe that I am in the Father, and that the Father is in me? The words that I say to you I do not speak on my own authority. Rather, it is the Father, living in me, who is doing his work. Believe me when I say that I am in the Father and the Father is in me; or at least believe on the evidence of the works themselves. Very truly I tell you, whoever believes in me will do the works I have been doing, and they will do even greater things than these, because I am going to the Father. And I will do whatever you ask in my name, so that the Father may be glorified in the Son. You may ask me for anything in my name, and I will do it.'” 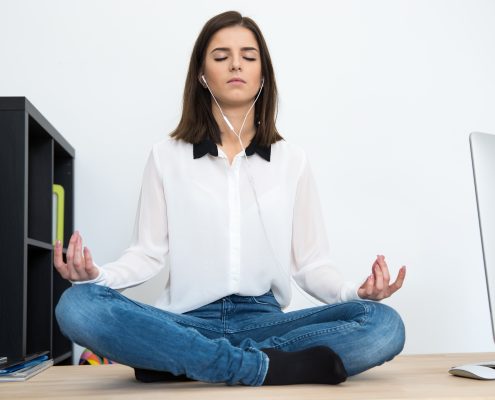 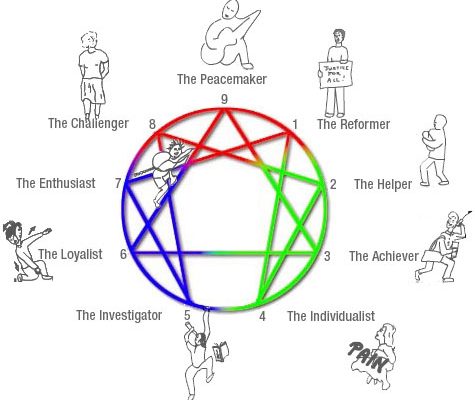 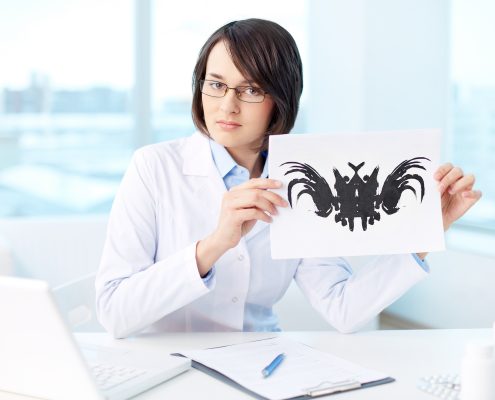 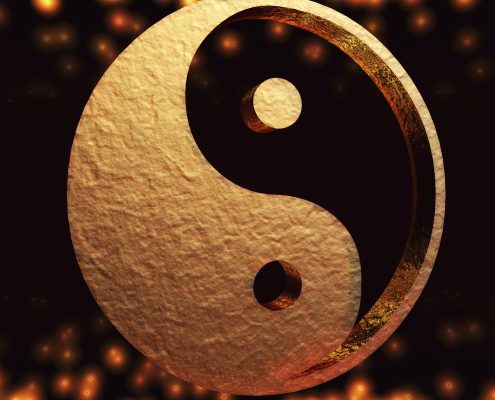 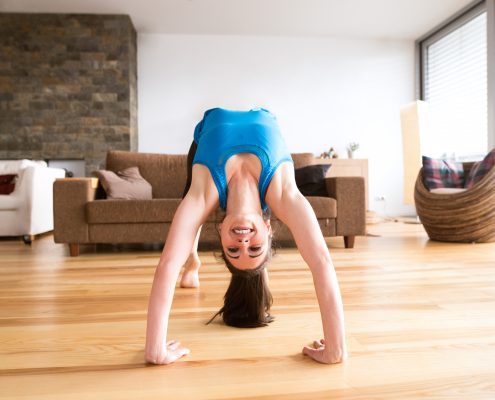 8-hour long deliverance in the name of Jesus Christ
Scroll to top
We use cookies to ensure that we give you the best experience on our website. If you continue to use this site we will assume that you are happy with it.Ok