…mixed together in one sickening mud puddle

I don’t get it… And it REALLY saddens me…

At the Health Expo at Gram Castle, the state church was represented by pastor Jette Dahl (deceased 15 April 2018). Along with Ole Skærbæk Madsen, she has developed the so-called “Christ-fulness”, which obviously builds on Hindu “Mindfulness” (a branch of yoga). We were visited at our stand by a man who had been in a lot of turmoil, but after attending Jette Dahl’s workshop, he had started meditating in the so-called “Christ energy” via “Christ-fulness”. Therefore, we were not allowed to pray for him or bless him, because he was already in balance and happy – for which reason he also was not about to open his Bible or learn more about Jesus, because all that didn’t matter, now that he could practice “Christ energy” like Jette Dahl had taught him.

Later on, some from our stand were walking around the expo, observing things like how Jette Dahl received singing bowl massage, where bowls are struck across the body in a certain rhythm. The singing bowls come from the Buddhist culture in Himalaya. The Tibetans will tell you that the bowls were actually just used for storing and offering food to Buddha…. “fascinating”.

How can one represent Jesus Christ, God’s son – and then do so much to turn people away from the PURE gospel, where Jesus Christ (the son of God) is the ONLY way to salvation…? How can you teach people to meditate in the “Christ energy”..? In healing circles, the “Master Christ” and the “Master Jesus” i are demons the same way e.g. Reiki is – it has NOTHING to do with Jesus Christ (the Messiah).

…and how can you, as some do, preach a pure gospel by using occult tarot cards (see picture). I just don’t get it. If you look at the Tarot cards in the picture, you can even see that they were designed by “Aleister Crowley”, who was a leading figure in Satanism and occultism in the 1900’s, and who actually referred to himself as “Beast 666”. Among other things, he was also the author of the satanic bible …. So where do you think he got the inspiration for the cards.??? I just don’t get it.… 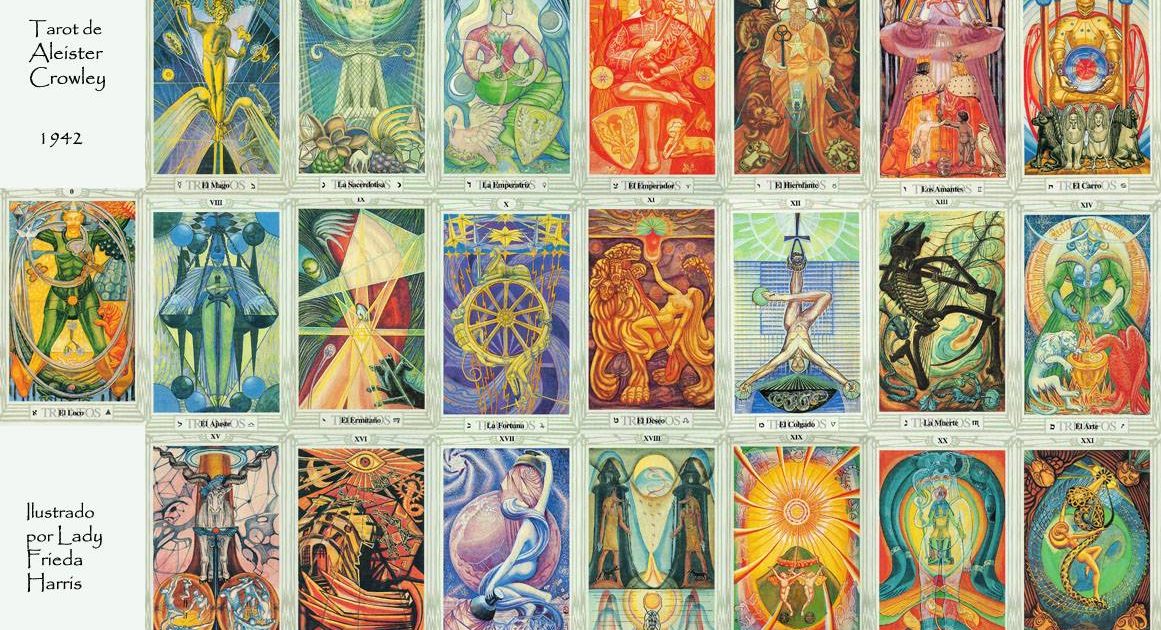 I know that a lot of Christians think that I’m judgmental, and that I, as I have been told before, have become “spiritually superior”. That is not the intent with this post… I just really want for the gospel and message of Jesus Christ to remain pure and unblemished by new age, satanism, and the sources of other religions. I don’t mean to judge, but I do want us as Christians to open our eyes to what is happening… the fact that churches are letting in mindfulness, faith yoga, and tarot cards – or that churches/Christians accept alternative occult treatment forms like acupuncture, craniosacral therapy, or grounding etc. is puzzling to me … and it really makes me sad.

I suppose the question should be… how close we can get to Jesus… rather than looking at how far we can move away from Jesus while still calling ourselves “Christians”. Why be gray…? Why not be black/white…?? Remember that Satan appears as a wolf in sheep’s clothing. He appears as an angel of light, but once you let him in, he takes off his disguise and starts to work his purposes (John 10:10): The thief (Satan) does not come except to steal, and to kill, and to destroy. I (Jesus) have come that they may have life, and that they may have it more abundantly.«

SO MANY times, when exorcizing demons, we have seen that it is no “joke”, but that “turning a blind eye” to or ignoring the spiritual aspect of this occult world not only opens small gaps into the demonic world, it opens floodgates.

Just a little food for thought after a healing expo like this…. And yes, I realize that this post will provoke a lot of people. Nothing wrong with that.